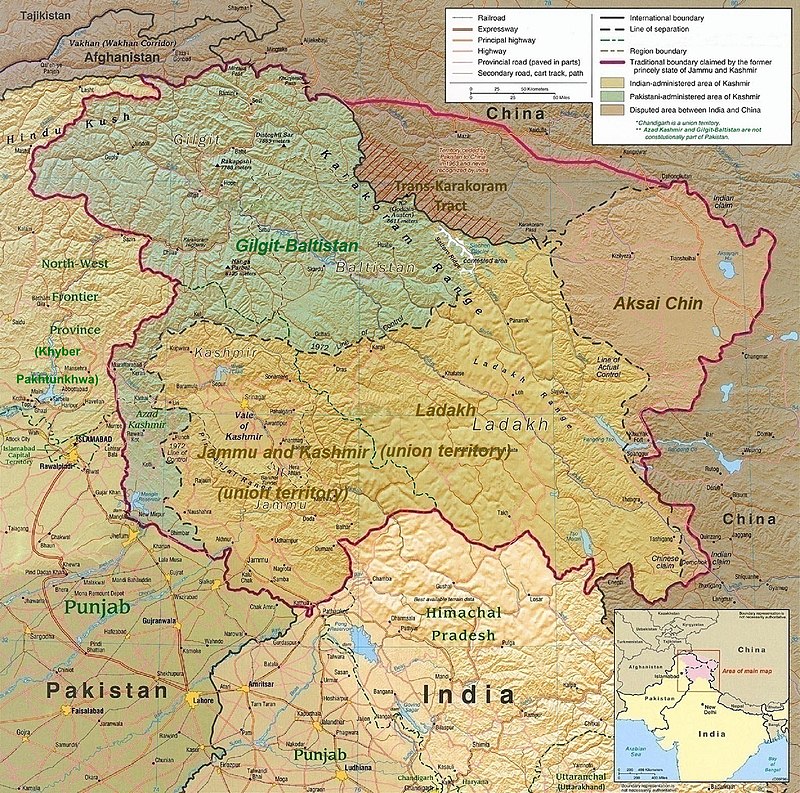 There is also a _Giro_point which separates Gujarat of India and Rajasthan and Sindh of Pakistan. The two countries have a border of 2,900 km and considers it the most contested border in the world. India shares an international border with Myanmar, Bangladesh and Bhutan besides Pakistan.

LOC is the line of control which is not considered by the international community, but both countries accept it. The LoC was initiated after a conflict between the two countries. After the partition of both the countries in 1947, ceasefire occurred continuously and then LOC came into existence. This year, militants supported by the Pak Army entered the Kashmir Valley and were repulsed by the Indian Army.

After this, in 1948, LOC i.e. a line of control was introduced. In 1971, there was a war between the two countries and then in 1972 a Simla Agreement was signed between India and Pakistan. It was in this agreement that the two countries formally accepted the LoC. The LoC is not an official border but is the part of military control that remains away from disputed parts.

It passes through Ladakh, Kashmir, Uttarakhand, Himachal, Sikkim and Arunachal Pradesh. This is also a kind of seas fire (ceasefire) line because after the Indo-China war of 1962 where the forces of both the countries were stationed, it was considered as the Line of Actual Control.

Q. what is the full form of lac?

Ans. In this article you will learn complete details of LOC, LAC and International Border.

Some Important Books for Competitive Exam:

Must Read Disclaimer: GrabNaukri.com is only for the Educational Purpose & Govt. Job links provider. We are not owner of any Book, Notes, Magazine, PDF Materials, eBooks Available on it, neither it been Created nor Scanned. We are only provide the link and Material already Available on the Internet. If any violates the Law or there is a Problem so Please Just CONTACT US.